Exactly a year since the official opening, the Phyllis Ntantala Collaborative Library is one of the recipients of the 2019 South African Institute of Architects (SAIA) Border-Kei Regional awards – the highest award at this level. The 2019 SAIA Border-Kei Regional Awards were held on 25th October at the Beacon Bay Country Club. The awards programme recognises building projects which demonstrate good architecture and were completed between 2017 and 2018. 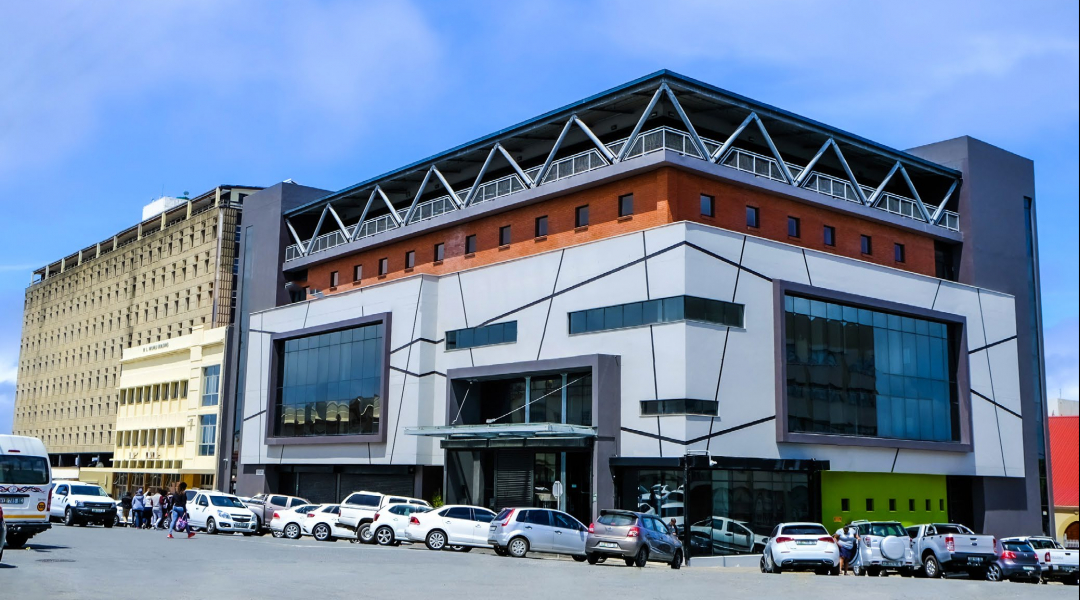 Exactly a year since the official opening, the Phyllis Ntantala Collaborative Library is one of the recipients of the 2019 South African Institute of Architects (SAIA) Border-Kei Regional awards – the highest award at this level. The 2019 SAIA Border-Kei Regional Awards were held on 25th October at the Beacon Bay Country Club. The awards programme recognises building projects which demonstrate good architecture and were completed between 2017 and 2018.

The regional award automatically qualifies the Collaborative Library to compete at national level. This first of its kind collaborative library is a culmination of a joint project between the University of Fort Hare (UFH), University of South Africa (UNISA), Walter Sisulu University (WSU) and the Department of Higher Education and Training (DHET). It was officially opened on 27 October 2018, by former DHET Minister, Dr Naledi Pandor.

Named after Eastern-Cape born scholar, Phyllis Ntantala, the R200 million library is situated on the corner of East London’s Hill and Church Streets. Its footprint takes the L-shape of what used to be an existing car parking site, which would have had to be sacrificed, to make way for its construction. Careful site analysis enabled architects to take advantage of the terrain and create basement parking almost equivalent to what was there before.

The L-shape has predetermined all six floor plates of this magnificent building which was designed by Ngonyama & Associates (Pty) Ltd. At the knuckle of the two legs of the L-shape plan form, is a transparent vertical circulation core, comprising a steel and timber staircase which wraps itself around the lifts. The building offers a spectacular view of the harbour and the Mercedes Benz car manufacturing plan.

Speaking to This Week @Fort Hare, Mr Sindile Ngonyama, Director at Ngonyama & Associates, said the building was conceptualized “to ensure an end product which must at all times, provide a humane, user-friendly and inclusionary atmosphere. This objective was achieved because the building carefully provides for social interactive spaces located at strategic spots, in all the floors. Also, it takes into cognisance the breath-taking city; sea and harbour views for end users to enjoy”, he said.Shared library activities happen on the ground and fourth floors, whereas respective dedicated university floors happen on the 1st floor-UFH, 2nd floor-WSU and 3rd floor-UNISA.

What makes this library stand apart from other institution’s libraries is that:-

• At an intellectual and conceptual level, is its unique feature of being a collaborative initiative by three different universities operating in East London - an acknowledgement of the importance of joining hands on issues of national importance such as education and research.

• At an urban development and renewal level, it sets a trend which the UFH city campus needs to follow in recognising maximisation of urban land value; response to urban fabric and respect of existing contextual heritage.

Mr Ngonyama is both humbled and thrilled by what the project has achieved.

“I personally feel a sense of fulfilment for the building design, and the end product it became. It is always my hope and wish that whatever project we embark upon should first and foremost strive to demonstrate our care and responsibility as professionals, over everything else. Getting recognition for your professional work by your peers resulting in your projects receiving awards, however heart-warming it may be, is secondary,” said a proud Ngonyama.

Competition adjudicators have billed the facility ‘a haven for learning’.The Universities of Fort Hare, WSU and UNISA are grateful to DHET for facilitating the creation of this haven for our student.